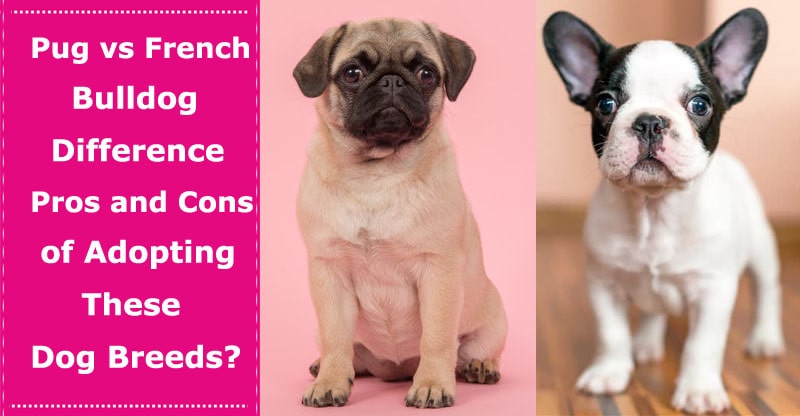 Are you confused between a Pug dog and a French Bulldog? Well, you are not alone. Many first-time dog owners and even other experienced pet owners are having difficulty in distinguishing the differences between these two dog breeds.

Pugs and French Bulldogs may look quite similar when it comes to their physical appearance, but they are more different than you might think they are. You will find out the distinctions between these two breeds of dogs in this article. So, if you’re planning to adopt either a Pug or a French Bulldog, but you don’t know which one is best suited to your personality and lifestyle, you don’t have to skip a single detail that I will provide to you.

Frenchies were very popular dog breed in England back in the days, around the 1950s and 1960s. However, as other dog breeds were introduced to people back then, the popularity of French Bulldogs slowly fade. As a result, they were sent to France, where they were crossbred with other dogs.

While Pugs looks similar to French Bulldogs, on the other hand, their “birthplace” is way too far from England. They believed they came from  “The Middle Kingdom,” China. They were introduced to people as early as 551BC and from then on this dog breed has earned loads of affection not only from ordinary people but also from the Chinese royal families. Back then, pugs were valued possessions of various Chinese emperors and lived a very luxurious life inside and wherever they go.

Are Pugs and French Bulldogs related to each other?

Pugs have a way more history than French Bulldogs, so some people claim they could be linked because crossbreeding has been common back in the days. However, there is no official data about the shared ancestry of these two breeds. Yes, there was a time when these dog breeds were both living in Europe, but there are no verified records that they are related at all, despite that fact. 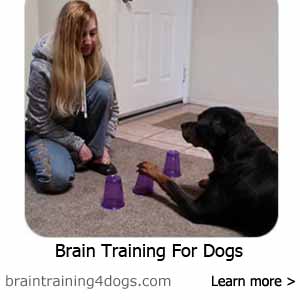 Although Pugs and Frenchies look a bit similar for some people, it is worth remembering that these two dog breeds can be easily distinguished.

Pugs back in the days look different from the Pugs we see these days. A century ago, this dog had much longer legs and less rounded and had a much less flattened face. Nowadays, modern Pugs have shorter legs. Adding on, their face is much more flattened, which makes them a bit similar to French Bulldogs.

Pugs have a big, flat round head, round eyes and profound wrinkles all over their face to be specific. Sometimes on the cheeks of Pugs, some pet owners may discover beauty marks or small moles. Their snout is black in color and short. This dog breed is much bigger in terms of size than French breeds.

Frenchies, on the other hand, have short snouts. They have shorter tails and big eyes compared to Pugs. One of the French Bulldog’s most familiar features is its “bat ears.” Pugs don’t have such ears because they’re much less pronounced.

When it comes to the breed’s coat color, while Pugs comes mostly in black or fawn or silver, Frenchies come in various colors such as cream, brindle, fawn, or white. In addition, markings such as ticked, white markings, brindle, black mask, or piebald may be available.

Pug vs French Bulldog: Differences between these two dogs

Knowing the conduct of the dog breed you want to adopt is always essential. Your personality must be suitable for the dog you want to get. It is one of the most significant factors when selecting your dog. Remember always that each dog breed has its temperament and needs.

For instance, if you want a better watchdog, French Bulldogs will fit the type of dog breed you want to adopt. The Frenchies are loyal and loving lap dogs. They love to spend time with their owner; you can relax with them while watching your favorite Netflix series.

French Bulldogs like playing games with their pet owner. They have unique personalities like Pugs, and their best qualities are their attentiveness, adaptability, friendliness, and charm. However, unlike Pugs, they are not interested in engaging in any trouble.

And… when you’re talking about Pugs, if you want a dog that can make you laugh, then you should consider adopting this dog breed as they are widely known as the king of comedy of the dog world. They are very entertaining to start with, and they love goofing around. Like French Bulldogs, they are very affectionate towards their family, they also love cuddling them.

Pugs and French Bulldogs are great with children as they are both playful, loving and energetic. Although these two dogs have a bit of a distinction when it comes to being playful, both of them can keep your children engaged. They can match your children’s energy and be a hangout buddy whenever your kids want them to be.

According to Ask Frankie, a healthy Frenchie can last between one decade to 12 years. But they can live up to more than that – 18 years – if they are living in the right environment and are being taken care of properly. Meanwhile, Pugs have a much longer lifespan as they can live up to 12 to 15 years.

In order for these dog breeds to have a longer life, diet, environment, lifestyle, and their overall health condition are the factors that you need to monitor and provide properly.

According to The Dog People, Pugs and French Bulldogs are very playful so that they can be a bit difficult to train. Their stubbornness can get in the way of attempting to teach them new tricks. So, as pet owners, it’s vital to let them know as soon as possible that you’re the one in charge because if you don’t, it can be harder for you to train them as time passes.

Remember, if Pugs and French Bulldogs are poorly trained, they will be aggressive towards other people and dogs, which can be dangerous.

However, the most efficient way to do this is to make it enjoyable for them when you train them. Prepare your treats for the tricks that you want them to learn. Be cautious not to let them become accustomed to rewards. Let them earn it–the harder the trick is, the higher the reward they can receive. Other than that, make sure you never use an angry tone when expressing your authority, as it can only make them frightened or naughtier.

Pugs and French Bulldogs do not need heavy exercise, a minimal one would do the trick to keep them active and healthy. The reason why they do not need a tiring workout routine is because of their breathing issues.

In addition, if you want a walk in the park, make sure that the sun isn’t too hot as these dog breeds can’t tolerate extreme hot weather. Same with the cold weather, you can not let them go outside just because the weather is cool. You should become familiar with these things as a pet owner to avoid harming either your Pugs or your French Bulldog.

Pugs and Frenchies do not have massive grooming needs as they have short fur. However, it does not mean they do not shed regularly.

These dog breeds should be groomed weekly to help get rid of any loose fur. The fur can be a bit messy so make sure to clean up immediately.

Both Pugs and French Bulldogs are at risk of having health issues such as eye problems, difficulty in breathing, overheating, and weight gain. Adding on, both dog breeds can also have food and environmental allergies.

Pugs are more prone to eye problems while French Bulldogs are more at risk of getting ear irritations or infections.

Advantages of having a Pug or French Bulldog

1. Pugs and French Bulldogs are small, so it makes them suitable for people living in small apartments.

2. They do not bark, so you do not have to worry about them being too loud.

3. They are great for families with kids as they can keep them occupied. They can be their playmate and best buddy.

4. Their grooming requirement is easy.

5. They only require minimal exercise.

Disadvantages of having a Pug or a French Bulldog

1. One of the most important traits that dogs should learn is how to swim. However, Pugs and French Bulldogs cannot swim, so make sure to always use a life jacket.

2. They are fragile so having bone injuries are likely to happen most of the time, especially if they are playing with kids and other dog breeds.

3. They are sensitive to heat, therefore never let them play during the hottest hour of the day.

4. Pugs and French Bulldogs have digestion issues so feeding them dog food which helped with their stomach is advisable.

5. They need to visit a vet frequently because of the health issues that they can easily contract.

Do not be deceived by their size as they can be stubborn as hell. They are too vigorous for a one-sitting training so you are better prepared to do a lot of activities. If you’ve decided to get a Pug or a French Bulldog, you should prepare for a roller coaster ride and a big surprise because they’re not only going to love you and entertain you, but they’re going to be there to annoy you and sometimes make fun of you, which, for some Pug and French Bulldog owners are a really fun experience.

Related tips:
1. English Bulldog vs French Bulldog: What are the Differences and Similarities?
2. Dog Breeds: List 4 Different Types of Bulldogs – Should You Get One?