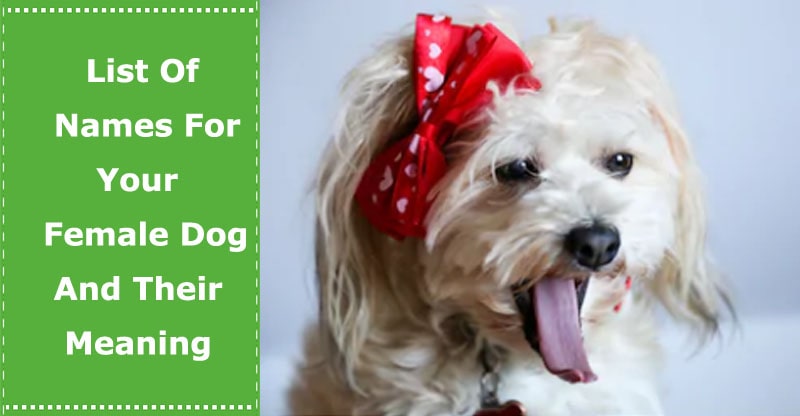 Are you a little short on naming ideas for your new furry gal? Or a bit confused on what name to call her and why you should name her that? If this is your case, then you’re on the right spot.

Giving a name to your dog is most likely difficult for you to do so because but not limited to, these possible reasons:

Now, you may not be one of the pet owners who experienced the above reason because you have another, but the issue is still there – you still don’t know what to name your female dog. To help you with that, here’s a long list of names you can choose from with their meaning:

Often, pet-owners name their dogs after something that it likes. It’s not a bad idea to incorporate something with a connection to her. If she likes that thing, then she would probably like it as her name too.

Some samples of names that could be a favorite ‘something’ are:

You can choose a celebrity name or a character name for your dog if you want. If you think it’s suitable for her because she has a similarity with your idol, then go right ahead. There’s also no requirement to have any similarity though, you can do it just because you like it that way.

Here are a few examples:

There are also a lot of names to choose from the bible. It’s never a bad thing to name your female dog after holy personalities and be a reflection of God’s eternal grace. In addition to that, she is a blessing to you, isn’t she?

These are some of the biblical names you can choose from:

Basically, as a pet-parent, you should treat your girly bud as your kid. That also gives you the right to name her anything you want. The list above is not your only source of options.

If you come up with something that connects you the most to your dog, then that’s the best choice you should go with. Whether it’s a combination of your names or a self-made name, it doesn’t matter as long as you’re fully committed to it.

Remember, the name you’ll give her is the name she’ll grow up getting used to. Don’t forget it because she won’t.

Related tips:
1. Male Dog Names: 38 Brilliant Names for Male Dogs and Its Meaning
2. Japanese Names for Dogs and Their Meanings